Now available in the United States, Flavay® is the actual polyphenol that has been patented, licensed and sold in France for cardiovascular benefits since 1950. 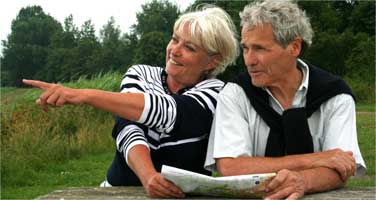 Flavay® has been sold world-wide for cardiovascular health and extensively tested in humans over a period since 1950. The cardioprotective activity of Flavay® has been established by many significant studies, demonstrating several important ways in which Flavay® may mitigate the risk of heart attack and stroke.

The powerful free radical scavenging protection of Flavay® is especially beneficial to the cardiovascular system, as we'll discuss next. 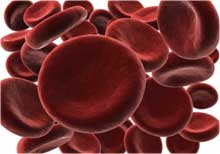 Flavay® protects the cardiovascular system in another way. Considerable research demonstrates that Flavay® causes blood platelets to return to their normal, smooth condition; helping to keep the blood platelets from becoming "sticky" and developing a tendency to unnecessarily clump together. Research shows that Flavay® improves nitric oxide levels produced by cells that line the arteries. Nitric oxide controls the muscles surrounding the blood vessels and causes them to relax. At the same time, nitric oxide causes blood platelets to return to their normal, smooth condition. This can reduce the dangerous formation of the blood clots which cause coronary thrombosis resulting in myocardial infraction. Thus, we can see two important ways in which Flavay® can help prevent the primary causes of heart attack and stroke. But that isn’t all.

Flavay® actually strengthens collagen in vascular walls and capillaries (the smallest vessels), making the vessels stronger and more elastic. Flavay® alters the membrane receptor conformation of vascular walls, reducing the damaging effects of the destructive enzymes elastase, collagenase and hyaluronidase, by preventing them from attaching to and degrading vascular walls. Flavay® further prevents destruction of vascular walls by preventing the attachment to membranes of histamine and hyaluronidase, both of which can decrease the strength of vessel walls. Thus, in addition to preventing the root causes of vessel occlusion, Flavay® strengthens vessels, thereby reducing the risk of a rupture or hemorrhage, and helping to prevent and relieve vascular fragility.

The latest research shows that inflammation plays an even bigger role than cholesterol as a trigger for heart attacks.
Our Customers Say: “I developed severe edema (inflammation) so that I could hardly walk. Neither my doctor nor my chiropractor have been able to do anything to help. I was almost ready to go on disability, and I was growing paranoid over it because I am 63 and need to work for two more years to retirement. One painful night in desperation I got online and searched for relief from edema. I found Flavay® and ordered some. I have now taken 3 capsules a day for about a month and there is no more edema. I got reborn! I gave a brochure to my doctor. I wish more people knew about this.”
—Mr. Don P.
Flavay® inhibits the release and synthesis of histamine—a key factor in the promotion of inflammation.
Our Customers Say: “My husband suffered a stroke just prior to Thanksgiving. After his stroke he needed constant direction and all he wanted to do was sleep. Since he has been taking Flavay Plus® he is alert enough to care for himself, he has more energy, and he is constantly doing something around the house and yard. We are so happy with the results my husband has gotten with Flavay Plus® that we have recommended it to others.”
—Ms. A. C.

A recent study supported by The National Institutes of Health and the Mayo Foundation has shown that the early lesions and cholesterol deposits that mark atherosclerosis first develop as inflammation. As the inflamed blood vessels narrow, plaques build up inside, blocking blood flow and often leading to serious disease, such as stroke and heart attacks. A leading researcher in that study, Dr. Louis J. Ignarro (winner of the 1998 Nobel Prize in Medicine for his discovery concerning nitric oxide as a signalling molecule in the cardiovascular system and UCLA professor of molecular and medical pharmacology) stated that treatment with antioxidants may prevent blood vessel inflammation and subsequent damage.

We now know that ordinary bacterial infections such as sinus infections, urinary tract infections, bronchitis, periodontal (gum) disease, and stomach ulcers are linked to heart disease. Inflammation activates white blood cells, which use free radicals to destroy bacteria and other foreign objects in the blood. These white blood cells migrate to the arteries where some of the free radicals leak out, oxidizing LDL and damaging the linings of arteries. This process also elevates the C-reactive protein (CRP) in the blood; a chemical necessary for fighting injury and infection. Inflammation can be measured with a blood test that checks for CRP.

A recent article published by the American Heart Association reported that chronic infections may triple the risk of atherosclerosis, even in persons that don't have the well-known risk factors such as high blood pressure, obesity, diabetes or lack of exercise.

Flavay® inhibits the release and synthesis of histamine (which produces accelerated blood flow, dilates capillaries and increases their permeability, thereby leaking plasma into surrounding tissue), a key factor in the promotion of inflammation. Studies demonstrate that the anti-histamine action of Flavay® is obtained through inhibiting the activity of the enzyme histidine decarboxylase. Studies have demonstrated that Flavay® may lower the production of histamine with as much as 86% inhibition of histidine decarboxylase. This is of particular interest in protecting the cardiovascular system.

Flavay® has the greatest ability to control or destroy free radicals. As a free radical fighter, Flavay® comes to the aid of the body more quickly than other antioxidants, reducing the potential for free radical damage. Flavay® also possesses more reactive sites for neutralizing free radicals than other known antioxidants. Furthermore, Flavay® permits reactivity with both positively and negatively charged free radical species. What this means is that Flavay® can “quench” or “scavenge” (neutralize) a broad variety of free radicals, including the superoxide free radical. Highly reactive as an antioxidant in both lipid (fat) and aqueous (water) phases, Flavay® neutralizes oxygen free radicals and is a valuable protector of healthy cells in a variety of internal conditions. This is a unique property among antioxidants, as most work either in lipid or aqueous phases, but not both.

Flavay® is superior to other antioxidants because its protective effects are multiplied in the body: while it provides its own, powerful antioxidant protection, it also supports the dynamic interplay between other antioxidants in the body. Flavay's® ability to “recycle,” or regenerate vitamins C and E after they have quenched free radicals vastly extends their unique antioxidant powers, helping the body to maintain its synergistic antioxidant balance.

Contemporary scientific studies have established another way in which free radicals can promote atherosclerosis (hardening of the arteries), and how one free radical in particular, nitric oxide, plays a central role.

Nitric oxide (sometimes referred to as "NO") became the subject of the prestigious Nobel Prize in Medicine when, among other functions, it was determined that it was a powerful vasodilator (the opening or widening of blood vessels which leads to increased blood flow). Nitric oxide is produced in the endothelial cells (cells that line the interior of blood vessels) from arginine, and the nutrients in Flavay® act on the endothelial cells to produce nitric oxide, which, in turn, relaxes the blood vessels. This action counteracts the vasoconstricting effects (the closing or narrowing of blood vessels that leads to decreased blood flow) of the stress hormone adrenaline and also diminishes the threat of platelets clumping.

Thus, nitric oxide is essential for normal blood circulation as it controls the muscular tone of blood vessels and regulates circulation and blood flow. However, excessive amounts of nitric oxide can be deadly to the cardiovascular system and actually contribute to heart disease and strokes, and many other apparently different disorders (such as arthritis, asthma and Parkinson's disease). High levels of nitric oxide can restrict blood flow and promote production of more free radicals, including the dangerous peroxynitrate. Altogether this shows that in order to have good circulatory health, the body must activate the optimum levels of nitric oxide—and research shows that Flavay® can help regulate that balance by preventing the overproduction of nitric oxide in the body.

Flavay® can help regulate a healthy balance of nitric oxide in the body.

Scientific studies show that Flavay® helps to modulate the effects of nitric oxide. This is very important because, as discussed above, some nitric oxide is essential to good health and too much can kill cells. Phrases such as "double-edged sword" are frequently applied to nitric oxide in health and disease. This emphasizes the importance of modulating this free radical in the body. Research demonstrates that Flavay® can help to maintain the optimal level of this free radical by helping the body to produce adequate levels—and to neutralize nitric oxide where it does harm.

Flavay® is Your Best Weapon Against Toxic Free Radicals

Research also demonstrates that Flavay® can quench the hydroxyl radical. This is extremely important. Of all the free radicals formed in the body, the hydroxyl radical is the most dangerous because it can directly attack DNA. As a free radical scavenger, Flavay® is like an antioxidant prize fighter that can successfully take on all challengers, big or small, in any kind of weather.

Antioxidants: The Sum is Greater Than the Parts

Until recently, scientists believed that each antioxidant worked separately in the body, independently of the others. We now know that isn't true. Current research demonstrates that antioxidants work as a team, in sequence and in a complementary fashion, even "recycling" each other for a more powerful, synergistic effect. Harvard researchers found in a study of 87,000 female nurses that a combination of antioxidant vitamins (beta-carotene and vitamins C and E) provided far greater protection from cardiovascular disease than the single antioxidants. Flavay® is a powerful antioxidant that recycles and potentiates vitamin C, a key player in the antioxidant army, and Flavay Plus® thereby optimizes the synergy created by these antioxidant soldiers.

Flavay®: More Than 60 Years
of Protection for Cardiovascular Health

Now available in the United States, Flavay® is the actual polyphenol that has been licensed and sold in France for cardiovascular benefits since 1950. And, Flavay Plus® includes the highest-quality phosphatidyl serine and other antioxidant nutrients and their co-factors in order to offer you and your family with the best help that nutritional science has to offer for confronting the stressful challenges of living in today's world.