Flavay® has been successfully used for controlling hay fever and allergies for many decades in Europe and is now available in the U.S. as a dietary supplement... 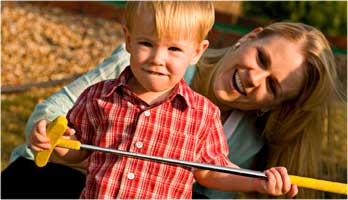 Flavay® inhibits the release and synthesis of histamine—
a key factor in the promotion of inflammation.

An allergic reaction is a process of inflammation caused by a disorder of the immune system.

Flavay® has been successfully used for controlling hay fever and allergies for many decades in Europe and is now available in the United States as a dietary supplement. Research now shows several ways that Flavay® influences the immune response to normalize the balance of chemicals in the body that control inflammation and allergies.

An allergic reaction is a process of inflammation caused by a disorder of the immune system. The body comes in contact with a substance (an allergen) that it perceives as harmful—even though it is harmless. The body releases histamine in an attempt to fight the allergen and it is the histamine that triggers the symptoms common to allergies: inflammation, sneezing, runny nose and itchy eyes.

Flavay® Naturally Inhibits the Release
and Synthesis of Histamine

Our Customers Say: “I have seen wonderful improvement in my sinuses since taking Flavay®. I’ve tried all kinds of nutrients but they didn’t do what Flavay® is doing for me. I had thought I’d have to live with painful sinusitis for the rest of his life because I’d gotten no help, so now I am tremendously relieved to see my symptoms subside.”
—Mr. Lee J.

Research demonstrates that Flavay® inhibits the release and synthesis of histamine (which produces accelerated blood flow, dilates capillaries and increases their permeability, thereby leaking plasma into surrounding tissue), a key factor in the promotion of inflammation. Studies demonstrate that the anti-histamine action of Flavay® is obtained through inhibiting the activity of the enzyme histidine decarboxylase. Studies show that Flavay® may lower the production of histamine with as much as 86% inhibition of histidine decarboxylase.

This action is mediated through the free-radical scavenging property of Flavay®.

Free Radicals: Both Foe and Friend

When the body fights off an allergen, the immune system's cytokines go to work, sending messages to the brain that cause more white blood cells to mobilize. The more white blood cells your body activates, the more free radicals they produce, like pellets of poison, that go to work to destroy invaders by breaking down the genetic material of bacteria, toxins, and viruses.

When functioning properly, the immune system is capable of identifying foreign invaders such as viruses and bacteria and our immune components do not turn against our own body's cells. Unfortunately, however, free radicals can interfere with the biological components of our healthy cells in the same way they destroy invaders, literally dismantling the body's essential cellular proteins, fatty cell membranes and DNA.

In both allergic reactions and asthma, the body's specialized antioxidant mechanisms fail.

The most important natural defenses we have against free radical damage are our body's natural "antioxidants," a broad range of chemical substances that all have one thing in common: they ward off free radical damage to cells. However, in allergic reactions and asthma, the body's specialized antioxidant mechanisms fail. The cause of the failure might be genetic, environmental, or even dietary, but the consequences are the same: unchecked free radical activity.

Contemporary studies of asthma and other inflammatory disorders have all demonstrated elevated levels of nitric oxide synthesis.

Contemporary research shows that elevated levels of the free radical, nitric oxide (sometimes referred to as "NO"), appear to contribute to a number of seemingly different disorders that all have a common element of abnormal immune or inflammatory responses.

Flavay® can significantly scavenge nitric oxide radicals. However, as we'll discuss next, your body needs a certain amount of nitric oxide in order to maintain good health. Nitric oxide is paradoxical. It can both mediate normal physiological functions and it can be highly toxic.

Flavay® can help regulate a healthy balance of nitric oxide in the body.

Nitric oxide can act as an anti-inflammatory under normal health conditions, but it can have the opposite effect and cause more inflammation to an already inflamed area when overproduced. The key, therefore, is to maintain the optimum balance of this double-edged sword, nitric oxide.

Free radicals are like pellets of poison that destroy invaders by interfering with their cellular machinery, literally dissolving or breaking down the genetic material of bacteria, toxins and viruses.

When all is going well, the immune system is capable of identifying foreign invaders such as viruses and bacteria by accurately "reading" molecular codes found on cell surfaces. These molecular codes are like flags of different armies, and the immune system will not attack a cells if it "reads" a flag belonging to the body's own host army. Unfortunately, however, free radicals can interfere with the biological components of our healthy cells, just as they destroy invaders. This leads to many diseases.

When the immune system's cytokines activate macrophages (the white blood cells capable of gobbling up invading viruses and bacteria), the macrophages produce large amounts of nitric oxide in the course of battle. Nitric oxide is a colorless gas produced by many different cells in the body that, depending on the situation, can be very good or very bad. Nitric oxide plays several important roles in the body:

Our Customers Say: “It’s like my allergies have completely disappeared since I have been taking Flavay® and Flavay Plus®.”
—Ms. Linda M.

But nitric oxide can be very destructive under other circumstances:

The real trouble starts when nitric oxide encounters the superoxide free radical and becomes peroxynitrate, which destroys antioxidants like glutathione, vitamin E and common flavonoids, and damages proteins in the body. The good news is that Flavay® scavenges peroxynitrate and has a remarkable modulatory effect on nitric oxide—helping to maintain optimal levels in the body and neutralizing this free radical where it does harm.

Flavay® is rapidly absorbed and very quickly distributed throughout the body. As a free radical fighter, Flavay® comes to the aid of the body more quickly than other antioxidants, reducing the potential for free radical damage and the ravages of aging. Flavay® also possesses more reactive sites for neutralizing free radicals than other known antioxidants. Furthermore, Flavay® permits reactivity with both positively and negatively charged free radical species. What this means is that Flavay® can “quench” or “scavenge” (neutralize) a broad variety of free radicals. Highly reactive as an antioxidant in both lipid (fat) and aqueous (water) phases, Flavay® neutralizes oxygen free radicals and is a valuable protector of healthy cells in a variety of internal conditions. This is a unique property among antioxidants, as most work either in lipid or aqueous phases, but not both. As a free radical scavenger, Flavay® is like an antioxidant prize fighter that can successfully take on all challengers, big or small, in any kind of weather.

This means that your immune system works better at controlling inflammations and allergies—all because of Flavay®.