Natural Relief from Pain and Inflammation 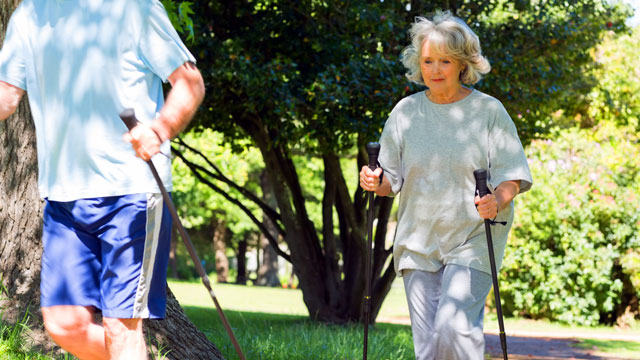 Chronic pain is persistent, disruptive and restrictive. It occurs regularly. It disrupts your day-to-day activities. It restricts your ability to move, to take care of yourself, to be independent. (1)

Arthritis is not really a specific disease but a condition—general inflammation and pain in a joint. Inflammation has any one of over a hundred causes, ranging from viral and bacterial infection to bad nutrition, to the side-effects of certain medications. This is why many problems known as arthritis (thought to be incurable, inevitable scourges of old age) are very often afflictions that are highly treatable. (1,5) 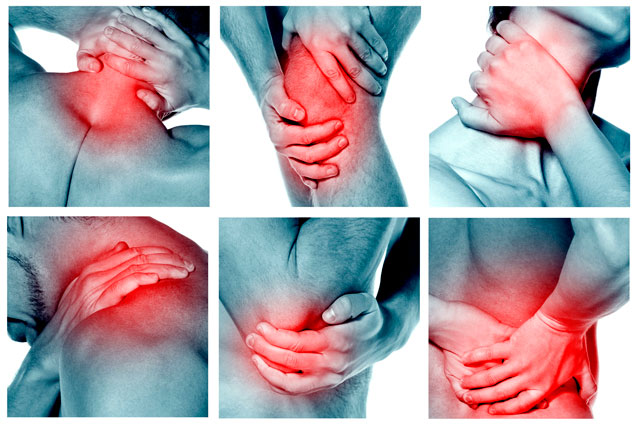 Many of the problems known as "arthritis" are very often afflictions that are highly treatable. (1)

Medical science has identified over one hundred different types of arthritis and that number continues to increase. Newer research has given us a deeper appreciation of many factors that figure into the inflammatory condition. (1)

Inflammation may be confined to a small part of the body, as in a joint (arthritis) or tendon (tendinitis), or it may be widespread (as in rheumatoid arthritis). (1)

The most common forms of arthritis are: 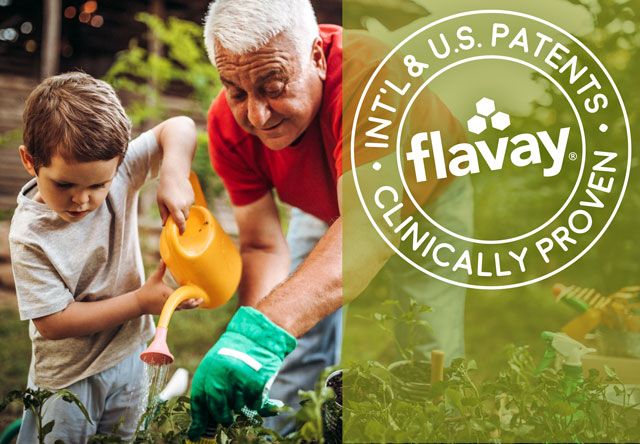 Your blood flows better and your joints hurt less with Flavay®

Osteoarthritis is the most common type of arthritis as it affects over 30 million Americans and about 80% of people over 50. (3,7)

Osteoarthritis is a chronic joint disorder characterized by degeneration of joint cartilage and adjacent bone that can cause joint pain and stiffness. (3,9)

Osteoarthritis begins in the cartilage, the rubbery, gel-like tissue found at the end of bones. Think of healthy cartilage as being something of a sponge between the hard ends of the bones. As the disease progresses the cartilage begins to soften and crack. And, of course, the more cartilage wears away, the more the bones rub together, creating greater amounts of pain, bone deformities and eventually inflammation. (8)

Osteoarthritis is commonly known as "wear-and-tear" arthritis because the cartilage breaks down within the joint. (3,9)

What is Cartilage? (Water and Collagen)

Cartilage is a watery substance, about 65% to 80% water. The rest is made up of collagen and proteoglycans. Collagen, a protein known for its versatility, is found in many different parts of the body, taking different forms to fulfill various functions. Collagen is a vital part of cartilage, providing it with elasticity and the ability to absorb shock. In a sense, collagen is the "glue" that holds the cartilage matrix together. (8) 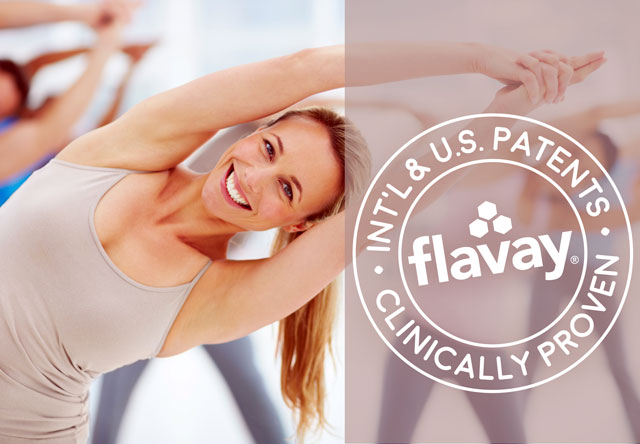 Flavay® Renews, Strengthens and Protects Collagen throughout the body—inside and out

Nature's Most Powerful and Patented Antioxidant
Clinically Proven Since 1947

Rheumatoid arthritis is a systemic disease, with chronic inflammation of the joints, muscles, ligaments and tendons. It's not a simple disease in any form, affecting not only the bones and joints, but also the blood vessels, kidneys, skin, eyes and brain. (7)

There are more than a hundred different types of rheumatic diseases, many causing different forms of arthritis. Depending upon the type of arthritis, the associated inflammation may flare up in one joint or many, may limit itself to the joint only, or might spread to the muscles, tendons, ligaments, internal organs and even the skin. (8)

Rheumatoid Arthritis is an
Autoimmune Disease

Most of the conventional therapies are of short-term value at best. Many make the condition worse. Rheumatoid arthritis is an example of a condition where the body is actually at war with itself (an autoimmune condition) where, for a single reason or a pattern of reasons, the immune system begins attacking the body's own tissues. In rheumatoid arthritis, antibodies develop to target the joint tissues. The result is the chronic inflammatory character of this arthritis. (5) 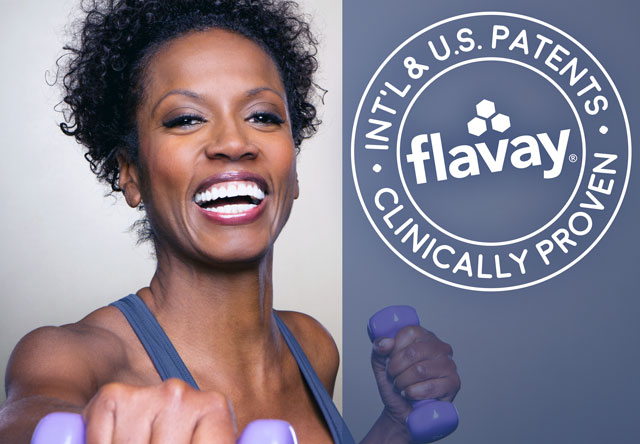 Nature's Most Powerful and Patented Antioxidant
Clinically Proven Since 1947

Gout and pseudogout are both caused by crystal deposits in the joints and both cause joint inflammation (arthritis) pain. Risk factors for gout include a family history of gout, drinking alcohol (especially beer and hard liquour), eating or drinking food and drinks high in fructose (including sodas and fruit juices), high blood pressure, taking certain medications (including diuretics), being overweight, or gaining weight. (4,8,9)

What Causes Gout to Develop?

Your blood flows better and your joints hurt less with Flavay®

For years the symptoms of arthritis and arthritis-like pain have been treated with powerful drugs, anti-inflammatory agents and even antidepressants as the only alternative. The problem with drug treatments, however, are the frequent and dangerous side effects they produce. Standard medical treatment has focused on suppressing symptoms, with tiers of successively more risky drug therapies. For arthritis, treatment usually involves aspirin and other NSAIDs (nonsteroidal anti-inflammatory drugs). The effect of this treatment is net-negative. The symptoms may be so suppressed so the individual feels less pain for a time. But in the long run, these drugs actually make the condition worse. (6,21,22)

NSAIDs Destroy the Gut: How?

More than 30 years ago, Lancet published research showing that nearly 75% of patients on long-term use of NSAIDs have inflammation in their intestines. Researchers determined that the so-called "anti-inflammation" drugs actually cause inflammation in the intestines, and blood and protein loss, and often cause more ill-health and fatigue. (21) 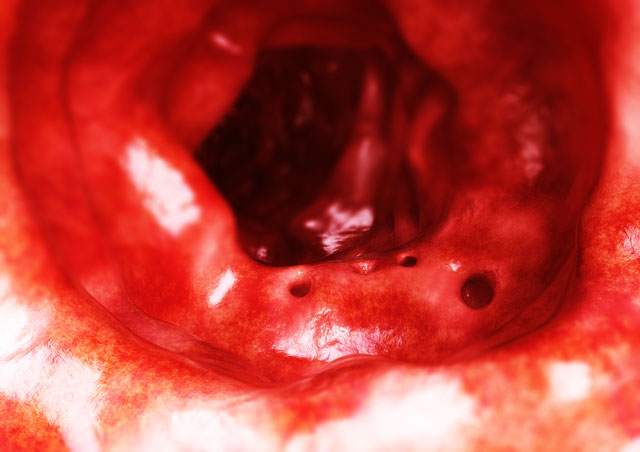 (Above:) "Anti-inflammation" drugs are shown to cause damage to the lining of the GI tract (Leaky Gut Syndrome) and inflammation in the intestines and thereby contribute to general ill-health of arthritic patients. (460-462)

There is mounting evidence that NSAIDs actually cause certain features of osteoarthritis to progress faster. (8)

"Public ignorance about NSAIDs and stomach ulcers leads to an estimated 75,000 hospitalizations and approximately 7,600 deaths in this country every year."

Equally disturbing is the fact that the anti-inflammatory drugs often do not work very well. All of this information may sound discouraging, however, it needn't be. The good news is Flavay® safely reduces inflammation, edema (swelling) and pain and has been extensively tested in humans and sold worldwide for 70 years.

I have lupus and taking Flavay enables me to move. I'm not able to do without it. I've been taking it for more than a decade and my skin looks younger, in fact people think I'm my kid's sister. —Ms. L.B*

After about 6 to 9 weeks it made a profound difference. I’ve lost inches in swelling. I cannot say enough about Flavay! Over the years, I’ve stopped and started again and found for vascular and lymphatic edema, nothing is better than Flavay. —Ms. Marie D.*

Inflammation is caused by the overproduction of free radicals in a specific area of the body. We now know that antioxidants work together to defeat free radicals and inhibit the biological pathway that triggers inflammation and Flavay® is particularly effective as an anti-inflammatory.

A double-blind, placebo-controlled study of 92 persons with chronic inflammation caused by chronic venous insufficiency (CVI) demonstrated improved venous function at a daily dose of 300 mg Flavay® for 28 days. 69% of those taking Flavay® reported 50% reduction in clinical parameter scores for pain, paresthesias (burning, numbness, tingling, or prickling), nocturnal cramps and swelling (edema). 75% of those taking Flavay® felt it was effective. (20) 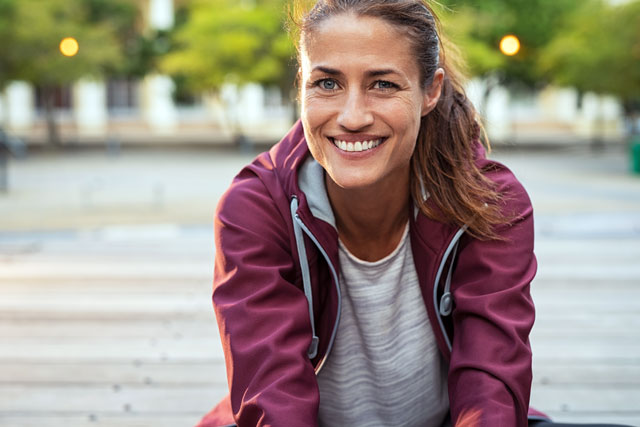 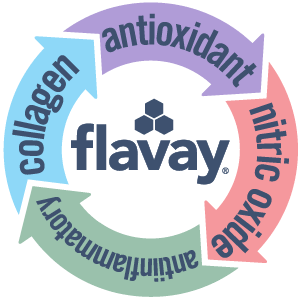 The typical recommendation for arthritis is a therapeutic dose of 200 mg to 400 mg of Flavay® daily. Most experience a decrease in symptoms in three to six weeks. In more severe cases, like fibromyalgia, results continue to improve more over more time.

To receive a brochure by mail (US only), include your mailing address.

Nature's Most Powerful and Patented Antioxidant

Buy Now Call Now
* Results vary by person and are not guaranteed. NOTE: We do not compensate for our endorsements and testimonials. We do not consider paid testimonials to be nearly as valuable as comments from customers who were not compensated and yet liked the products so much they gave their testimonials anyway.
†These statements have not been evaluated by the Food and Drug Administration. These products are not intended to diagnose, treat, cure, or prevent any disease.