Flavay's® strong antioxidant power is a scavenger
of the free radicals that play a major role in the degradation of collagen and initiation, duration and breakdown of inflammation. That means that your joints hurt less and your blood flows better... 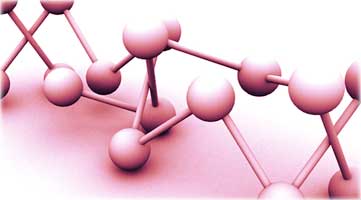 Originally licensed in France for therapeutic uses, Flavay® is the very product—used in the actual experiments—by which Dr. Jack Masquelier patented the "radical scavenger effect."

Antioxidants fight corrosive and destructive forces that constantly work to break down our bodies. Overwhelming scientific evidence demonstrates that those of us who eat a diet rich in antioxidants and take antioxidant supplements will live longer and healthier lives. Working as a defensive army, antioxidants work together in the body to maintain our health and vigor by protecting us from damage caused by rampaging free radicals which, like terrorists, injure healthy cells and tissues.

Free radicals are causal factors in nearly every known disease, from heart disease to arthritis to brain disorders to cataracts to the aging process itself.

Don't underestimate the threat that free radicals pose to our health. Contemporary scientists now believe that free radicals are causal factors in nearly every known disease, from heart disease to arthritis to brain disorders to cataracts to the aging process itself.

Where do free radicals come from? The body produces free radicals in the normal course of energy production and there are substances in our environment (chemicals in our foods and beverages, medications, extremely reactive air pollutants from vehicle exhaust, and even solar radiation) that trigger the production of free radicals.

Free Radicals: Both Foe and Friend
to the Immune System and Brain Function

Free radicals can interfere with the biological components of our healthy cells and literally dismantle the body's essential cellular proteins, fatty cell membranes and DNA.

When the body fights off an infection, the immune system's cytokines go to work, sending messages to the brain that cause more white blood cells to mobilize. The more white blood cells your body activates, the more free radicals they produce, like pellets of poison, that go to work to destroy invaders by breaking down the genetic material of bacteria, toxins, and viruses.

Flavay Plus® has been shown to raise cognitive performance to levels typical for as much as 12 years younger.

When functioning properly, the immune system is capable of identifying foreign invaders such as viruses and bacteria and our immune components do not turn against our own body's cells. Unfortunately, however, free radicals can interfere with the biological components of our healthy cells in the same way they destroy invaders, literally dismantling the body's essential cellular proteins, fatty cell membranes and DNA.

The most important natural defenses we have against free radical damage are our body's natural "antioxidants," a broad range of chemical substances that all have one thing in common: they ward off free radical damage to cells. However, in many neurological diseases—including Parkinson's, Alzheimer's, chronic fatigue, and multiple sclerosis—the brain's specialized antioxidant mechanisms fail. The cause of the failure might be genetic, environmental, or even dietary, but the consequences are the same: unchecked free radical activity on the brain.

Some free radicals are beneficial in the body, such as nitric oxide, which acts as a neurotransmitter when the immune system is functioning properly. Unfortunately, the excessive production of nitric oxide can also be blamed for throwing the brain-immune systems off kilter and causing some of the brain's worst free radical damage. Over the past decade, scientists have shown that the production of nitric oxide through a combination of immune and nervous system activity—often sparked by an infection, exposure to a toxin, or as part of the aging process—plays a key role in the development of neurological diseases.

Free Radicals: Both Foe and Friend to the Cardiovascular System

Free radicals are involved in the progression of heart disease in several different ways. Heart disease begins with the oxidation of LDL (low-density lipoproteins) cholesterol which leads to the formation of plaque in the arteries. If an artery becomes clogged with plaque, the result can be a heart attack (a sudden loss of blood and oxygen to the heart) or a stroke (loss of blood to the brain). Much of the damage that occurs in both heart attacks and strokes is caused by reperfusion injury: the burst of superoxide free radicals that flow in as the blood flow resumes.

Contemporary scientific studies have established another way in which free radicals can promote atherosclerosis (hardening of the arteries), and how one free radical in particular—nitric oxide—may play a central role. Nitric oxide is essential for normal blood circulation as it controls the muscular tone of blood vessels and regulates circulation and blood flow. But excessive amounts of nitric oxide can be very destructive as it can restrict blood flow and promote production of more free radicals, contributing to heart disease and stroke. Thus, in order to have good circulatory health, the body must maintain the right balance of nitric oxide—and that's the role of the antioxidants and their boosters.

Inflammation is caused by the overproduction of free radicals in a specific area of the body.
Our Customers Say: “I work on my feet all day, lifting heavy loads, and I developed severe edema so that I could hardly walk. Neither my doctor nor my chiropractor have been able to do anything to help. I was almost ready to go on disability, and I was growing paranoid over it because I am 63 and need to work for two more years to retirement. One painful night in desperation I got online and searched for relief from edema. I found Flavay® and ordered some. I have now taken 3 capsules a day for about a month and there is no more edema. I got reborn! I gave a brochure to my doctor. I wish more people knew about this.”
—Mr. D. P.

Inflammation is caused by the overproduction of free radicals in a specific area of the body. The inflammatory response is a factor in arthritis, an umbrella term for more than 100 different diseases that produce either inflammation of the connective tissue (joints and tendons) or degeneration of the articular cartilage (a wearing down of the protective covering that cushions the end of bones, allowing bones to rub together without causing damage to the joints). When joints become arthritic, they become inflamed and enlarged, interfering with the normal flow of blood. For example, bending an arthritic knee restricts blood flow to the area. As in the case of stroke and heart attack, when blood flow is cut off, it sets into motion a chain of events that will lead to a burst of free radicals when blood flow returns. The proliferation of free radicals causes a one-two punch as the area to become even more inflamed, contributing to the degeneration of the joint, which becomes more swollen and worn down.

The key to good health is to maintain the right balance between antioxidants and free radicals.

Flavay® is Your Best Weapon Against Toxic Free Radicals

Flavay® is superior to other antioxidants because its protective effects are multiplied in the body: while it provides its own, powerful antioxidant protection, it also supports the dynamic interplay between other antioxidants in the body. Flavay's® ability to “recycle,” or regenerate vitamins C and E after they have quenched free radicals vastly extends their unique antioxidant powers, helping the body to maintain its synergistic antioxidant balance.

Flavay® helps the body maintain optimal levels of nitric oxide—by helping the body produce adequate levels and neutralizing this free radical where it does harm.

Flavay® is rapidly absorbed and very quickly distributed throughout the body. As a free radical fighter, Flavay® comes to the aid of the body more quickly than other antioxidants, reducing the potential for free radical damage and the ravages of aging. Flavay® also possesses more reactive sites for neutralizing free radicals than other known antioxidants. Furthermore, Flavay® permits reactivity with both positively and negatively charged free radical species. What this means is that Flavay® can “quench” or “scavenge” (neutralize) a broad variety of free radicals. Highly reactive as an antioxidant in both lipid (fat) and aqueous (water) phases, Flavay® neutralizes oxygen free radicals and is a valuable protector of healthy cells in a variety of internal conditions. This is a unique property among antioxidants, as most work either in lipid or aqueous phases, but not both.

Flavay® helps to modulate the effects of nitric oxide, an important free radical produced by the body. As discussed above, some nitric oxide is essential, but too much can kill cells. Research demonstrates that Flavay® can help to maintain the optimal level of this free radical by helping the body produce adequate levels—and neutralize nitric oxide where it does harm.

Research also demonstrates that Flavay® can quench superoxide and the hydroxyl radical. This is extremely important. Of all the free radicals formed in the body, the hydroxyl radical is the most dangerous because it can directly attack DNA. As a free radical scavenger, Flavay® is like an antioxidant prize fighter that can successfully take on all challengers, big or small, in any kind of weather.

Antioxidants Work Together in the Body—Not Alone

Current research demonstrates that key antioxidants and their co-factor nutrients work synergistically with one another in the body. Flavay Plus® utilizes this dynamic interplay among the antioxidants and their co-factor nutrients with a synergistic blend of Flavay® and antioxidant vitamins and minerals and phytonutrients; formulated to boost the brain and immune functions—thereby benefiting the whole body.

Flavay's® strong antioxidant power is a scavenger of the free radicals that play a major role in the degradation of collagen and the initiation, duration and breakdown of inflammation. That means that your immune system works better, your joints hurt less, and your blood flows better, all because of Flavay®.

And now, Flavay Plus® takes advantage of the dynamic interplay between Flavay® and the other antioxidant nutrients and their co-factors in a blend that provides you and your family with the best that nutritional science has to offer for antioxidant protection—in a convenient, cost effective capsule.